North Sulawesi reaches towards the Philippines in the Celebes Sea. This part of the world is known for its equatorial climate. In fact the island is actually bisected by the equator in the regency of Central Sulawesi. So what does this mean for the temperatures, humidity, rainfall, water temperature and currents? These are all great things to know before you plan your trip to Gangga Island Resort & Spa so read on for all the info you need. 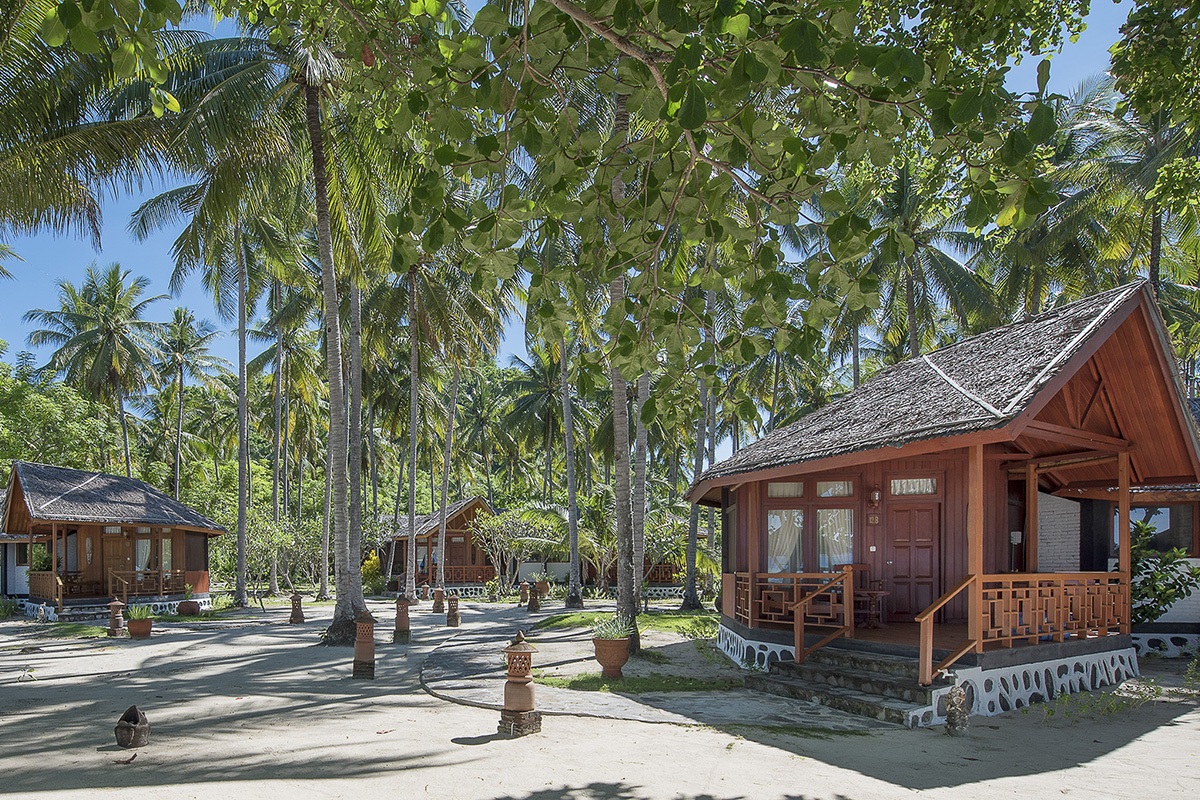 August, September and October are generally the hottest months on average. But the averages only vary by 2 or 3 degrees so it might not make a huge difference.

Depending on where you’re coming from, these temperatures can be pretty intense. Europeans especially can take a while to adjust to the heat and this is especially true if they are arriving in the northern hemisphere’s winter months. 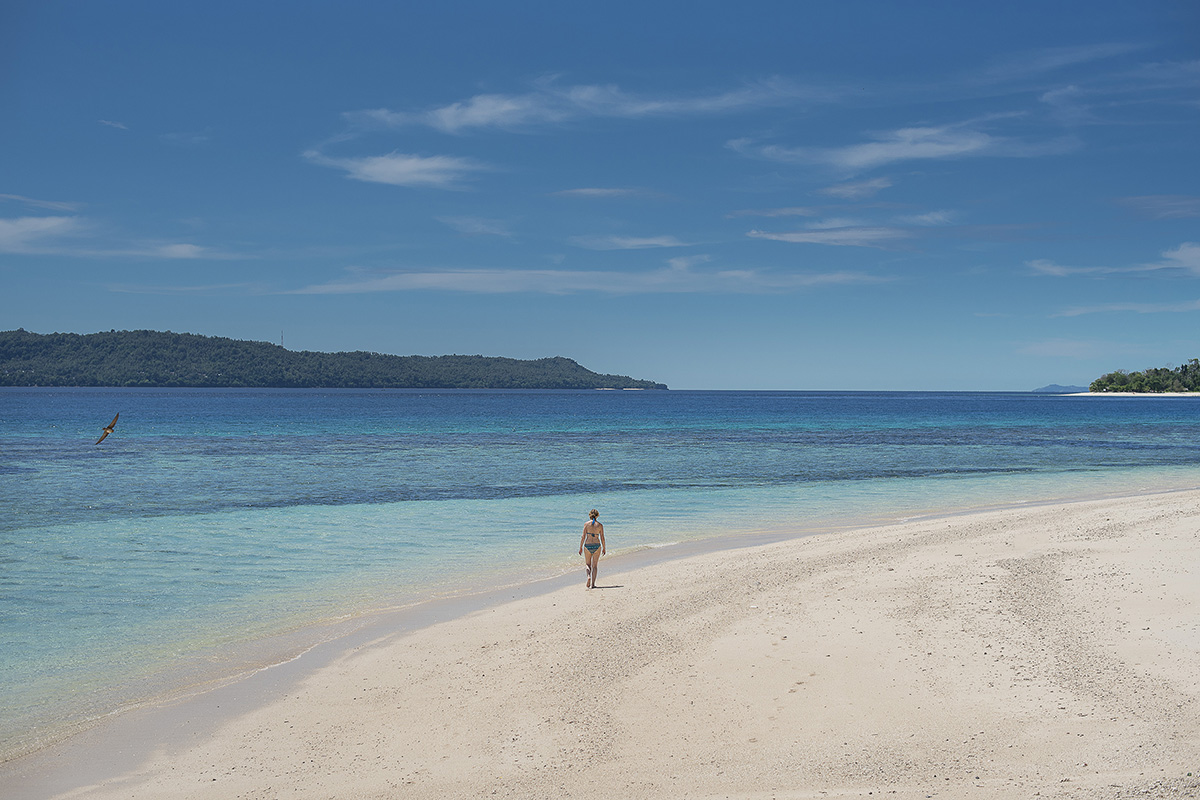 Many people say it’s not so much the heat but the humidity that is the killer for them. Thankfully, North Sulawesi doesn’t have the more humid climate of the southern sub-equatorial regions of the island. However, this isn’t to say it isn’t still humid.

The average humidity in North Sulawesi is around 80%. This peaks in December and January and is lower by a few percent in the months of June, July, August and September. This is why you’ll want nice light, comfortable clothing and to hydrate well whenever you choose to visit Gangga Island. 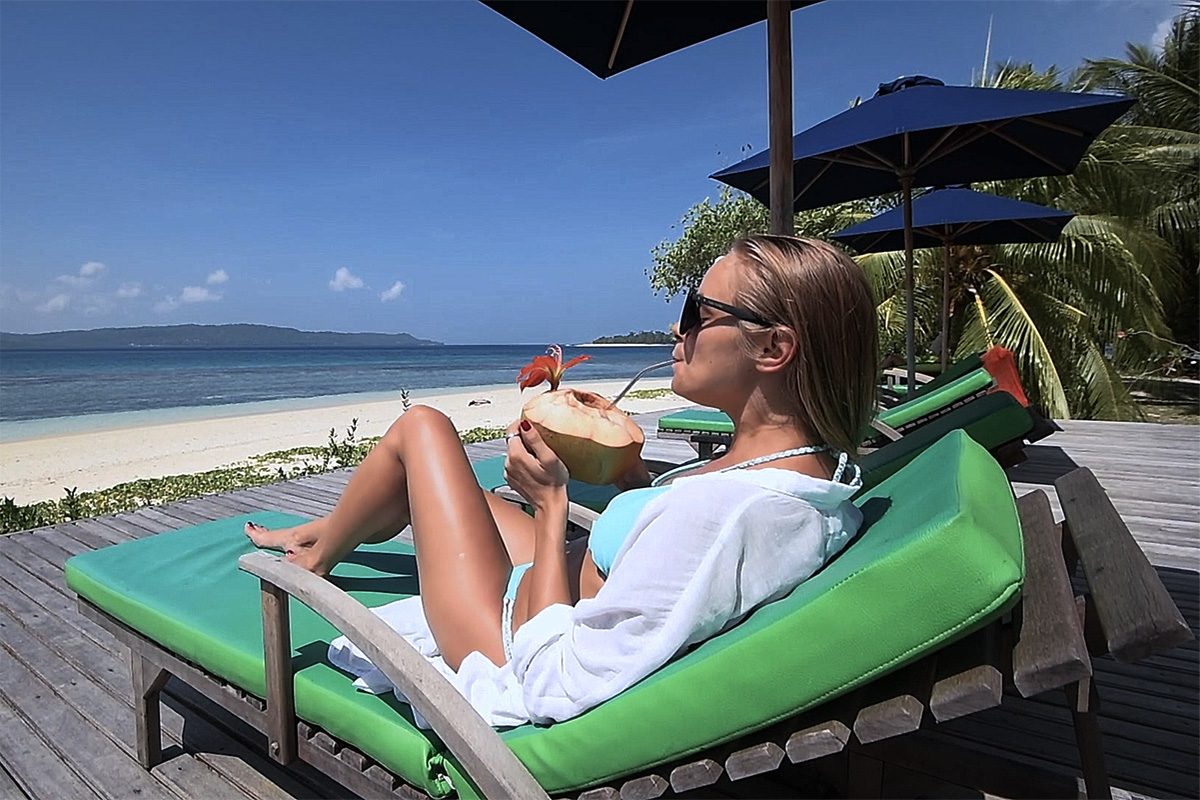 North Sulawesi isn’t an especially rainy region, and in comparison to some other places in Indonesia, it’s quite dry. The average rainfall is around 20cm or a little over 8 inches a month. However, the months of December – March take the brunt of this rain. Other months are much drier, with September being the driest month of all.

You can also have a look at the average hours of sunshine per month, which is between 130 and 180 hours. That’s still plenty of sunshine even in the wettest months. 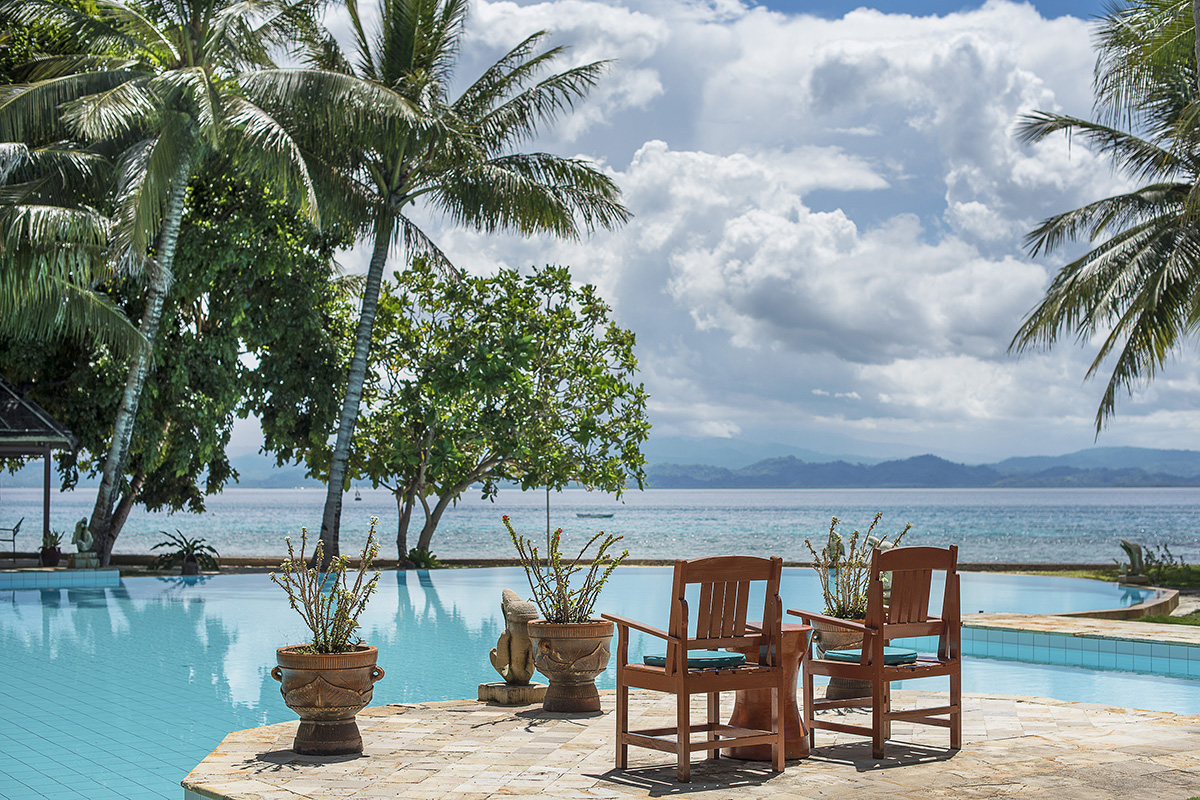 Most visitors to Gangga Island and North Sulawesi in general are there for the diving. This means they will be looking at the sea conditions, including the water temperature.

In this respect the region is almost perfect. The average water temperature for the year is 28°C or 84°F. This is ideal for divers and also the marine life that thrives so beautifully in these warm water. 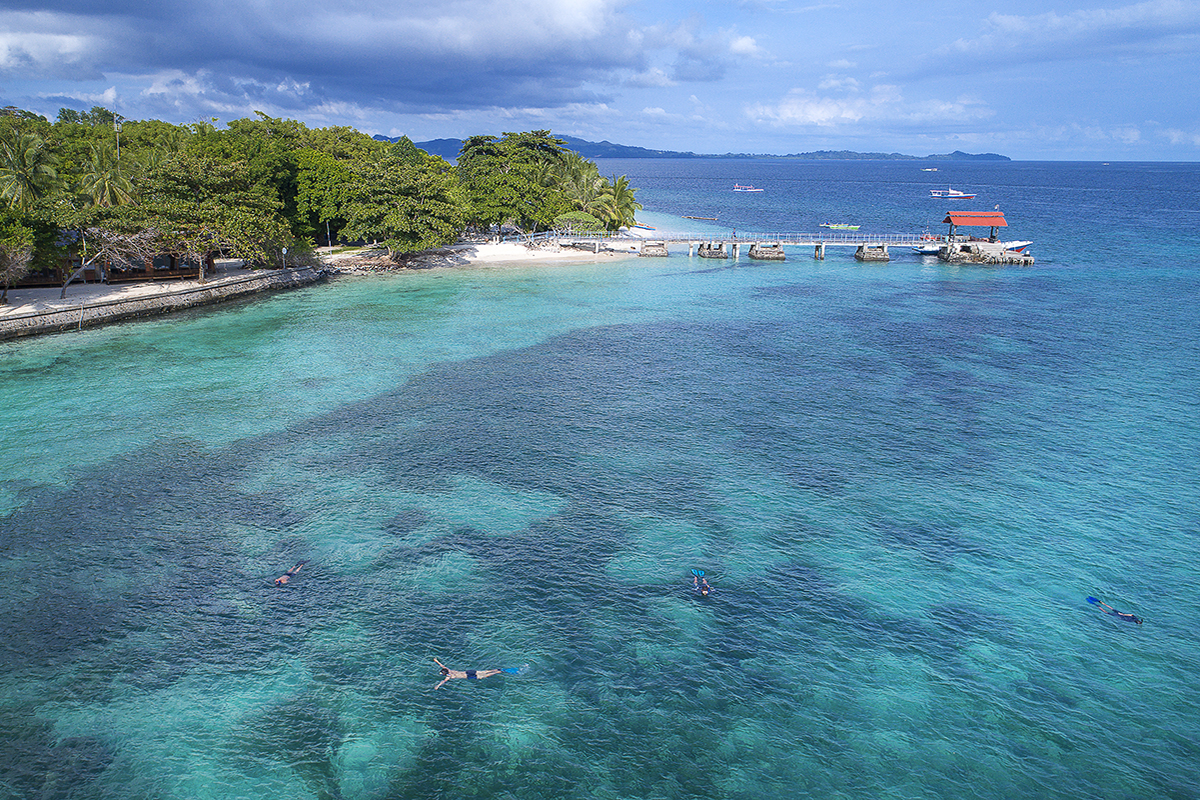 Around Gangga Island the currents are quite gentle year-round, but heading into the Bunaken area they can be stronger. Very deep water and interesting geography in this area makes it very difficult to predict, but Gangga Divers dive guides are well trained to look for signs of dangerous conditions. There are plenty of places to dive so an alternative site can be chosen easily. However, as waves rarely exceed a metre in height, this doesn’t happen very often. 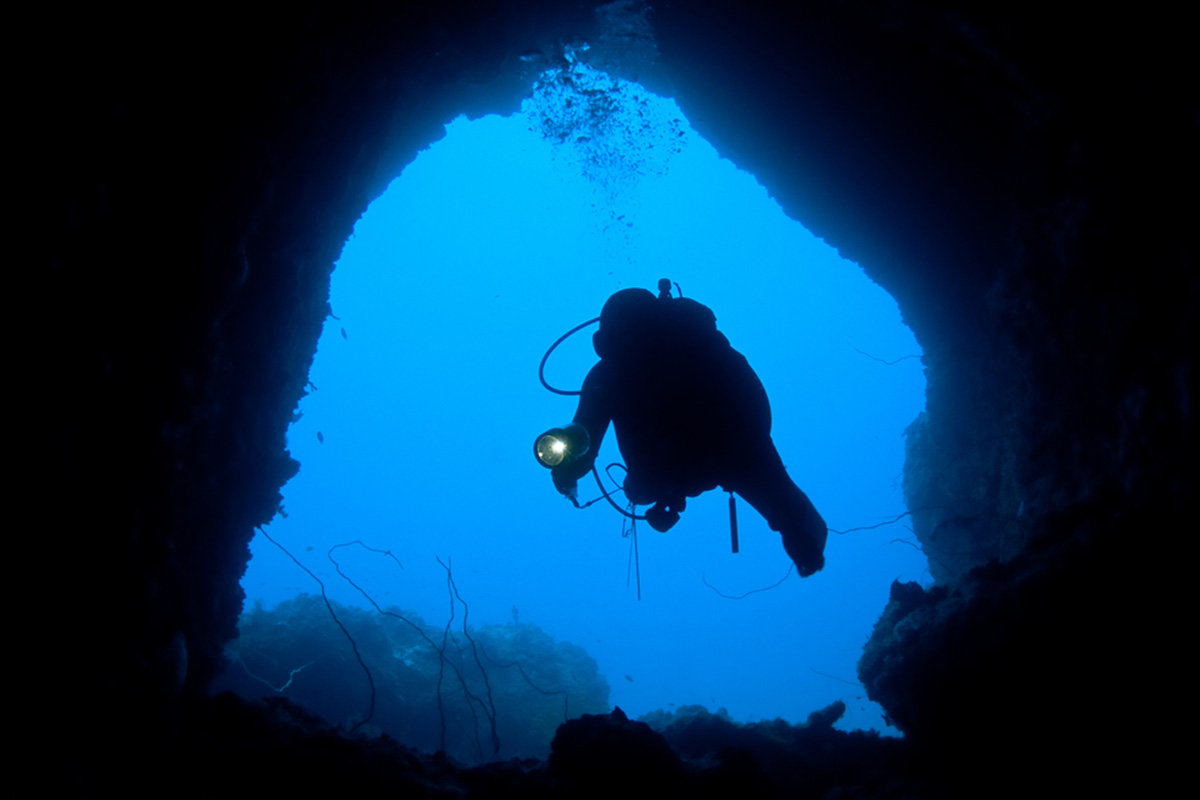 From December to February there can be westerly winds that can cause swells but these rarely last more than a few days.

Now you know all there is to know about the climate and conditions of North Sulawesi. With this information you can now confidently book your next diving trip or beach getaway to Gangga Island. If there is anything else at all that you would like to know about the island’s conditions, please leave us a question in the comments box below.