Gangga Island, off the coast of Manado, North Sulawesi, is undeniably a tropical paradise. With just one resort, Gangga Island Resort, and two small villages, it is a stunning place to getaway, dive and see some of the most incredible marine life in the world. 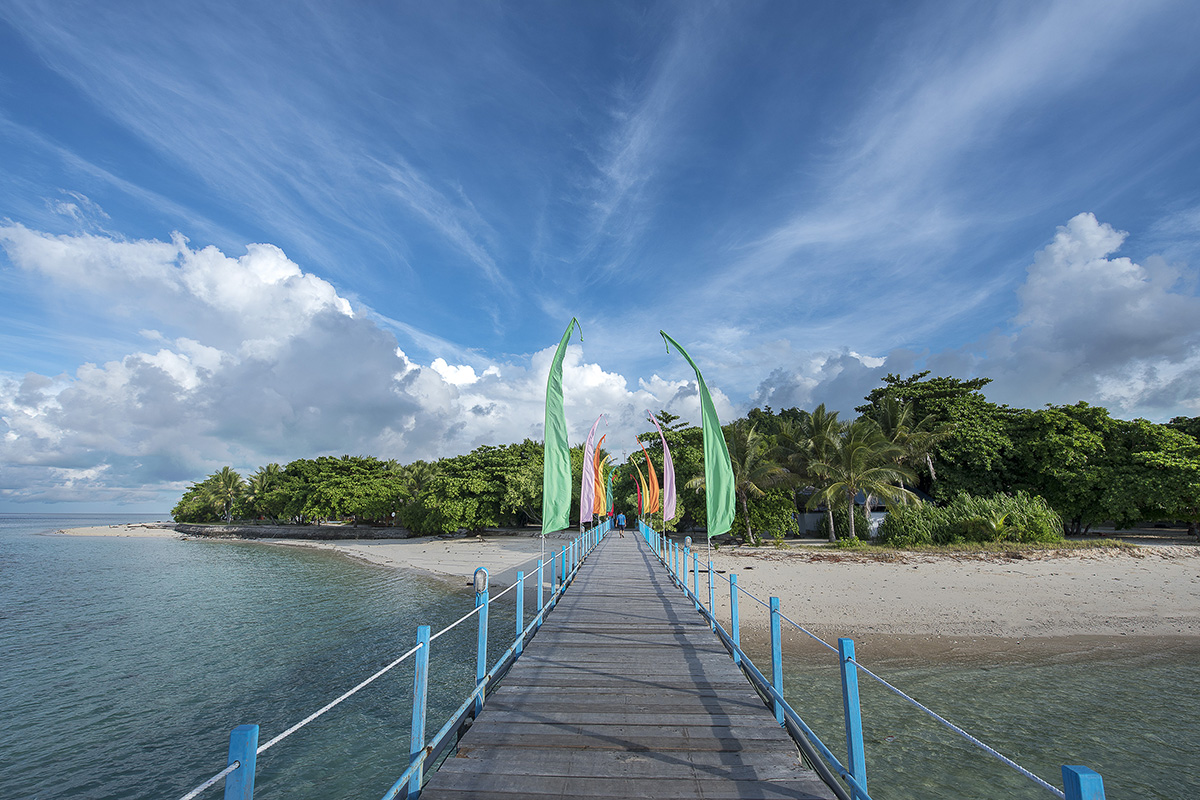 However, we all know that environmental issues like extreme weather and rising sea temperatures, have been affecting coral reefs and causing erosion worldwide. Gangga Island has not been exempt from this and was seeing increasing erosion on its beaches.

Thankfully, in 2015 studies around the island resulted in the building of a number of artificial Biorock reefs off two of the worst effected areas of the island, which completely turned the problem around. The natural reefs also do their job very well, but a couple of areas just needed a little help. 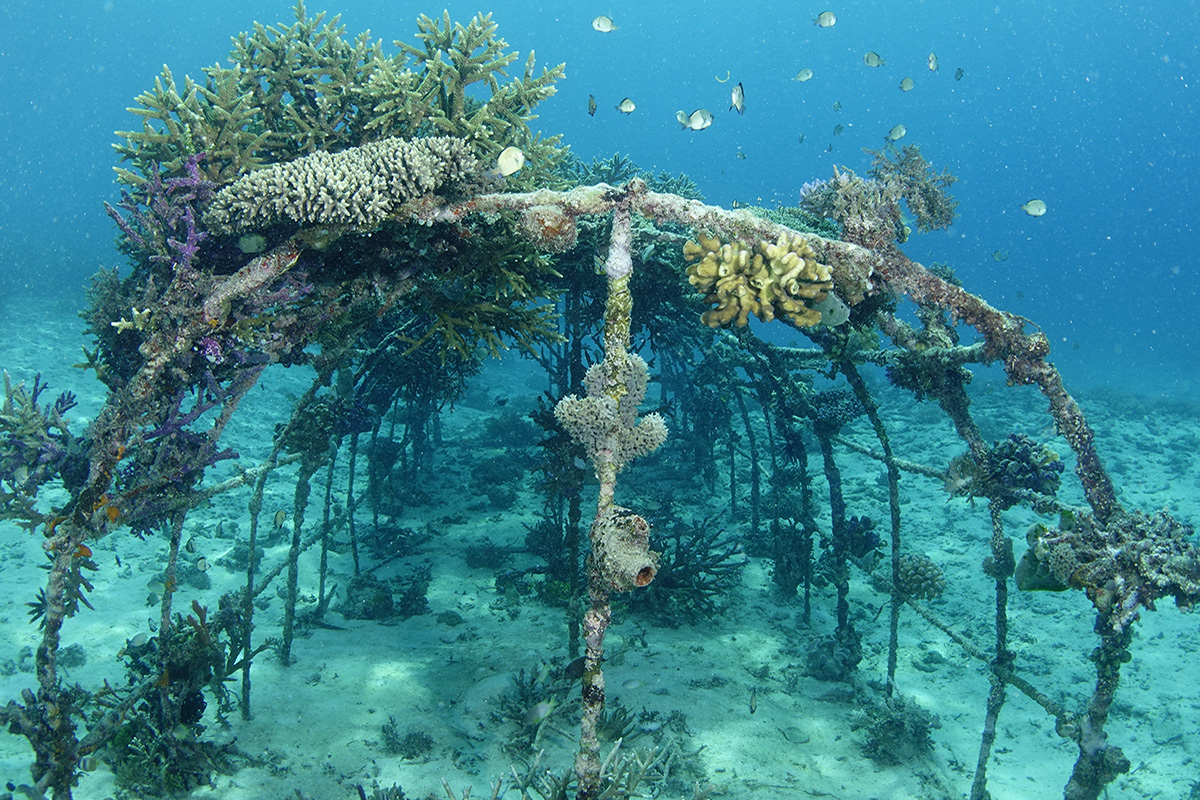 Biorocks are structures made from concrete and iron that are sunk under water and a very small electrical current is passed through them. Developed by German Marine Architect Wolf Hilbertz, these structures have been found to be faster and more effective in restoring coral than any other method. Also depending on the shape, they can absorb much of the energy of waves, decreasing, and even reversing erosion to shorelines and beaches.

At Gangga Island, a number of these Biorock structures have been placed strategically off the coastline, under the expert supervision of Thomas J. F. Goreau, President of Biorock Technology Inc., to stop erosion and have in fact made a huge impact on the amount of beautiful healthy coral and marine life populations around the island. They are now barely visible through the amount of coral and sea grass covering them and also are filled with happy fish populations living in the new coral and sea grass.

As you can see in the video, on land there are now wider beaches and no risk of structures in the resort and plant life being damaged by the erosion that was moving so quickly just a year or so ago. These Biorock structures have also made the natural reefs, which are colouful and healthy around the island, even more abundant with tropical fish, macro creatures, and brightly coloured corals and sea grasses that are home to so many of these animals.

Diving around Gangga you will experience beautifully clear waters with visibility up to 40 metres, with a variety of marine life found in very few other places in the world. The Biorock reefs only enhance the amount of life found around the island. 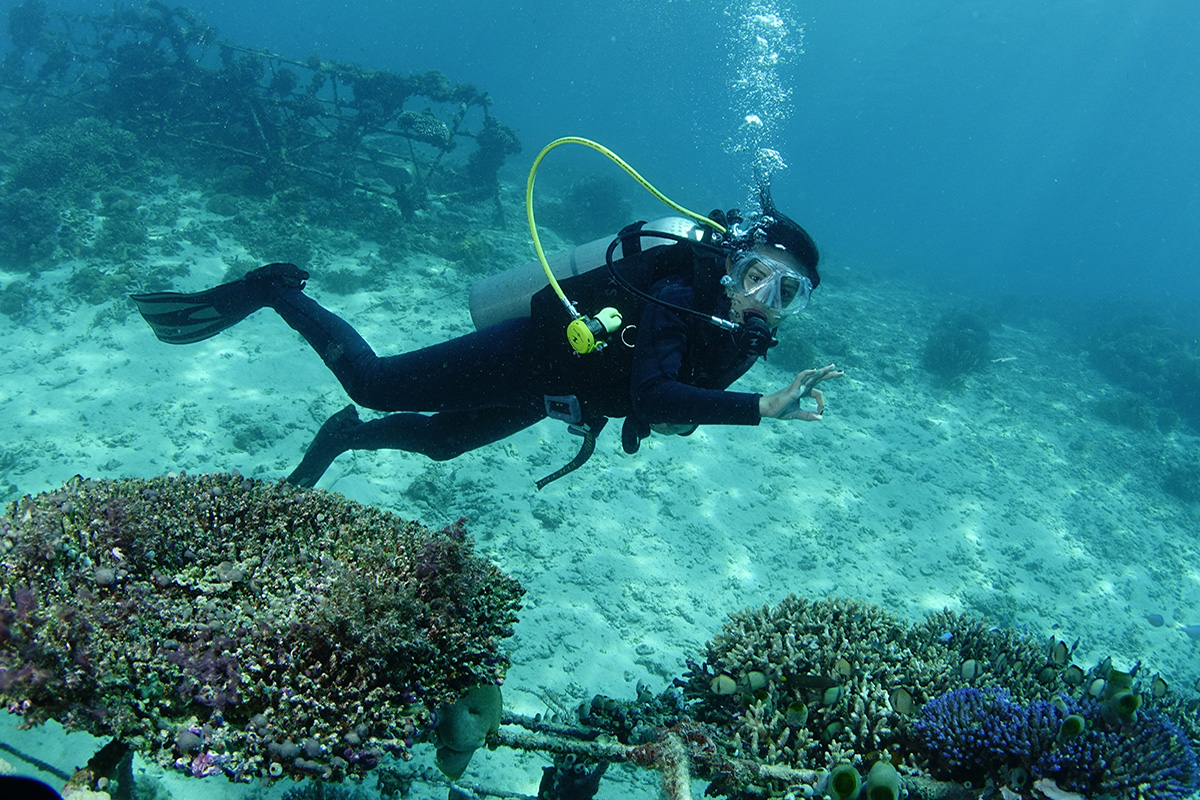 This incredible development at Gangga Island shows that erosion is reversible, and that damaged reefs can regrow, becoming even healthier and stronger than before. Marine conservation efforts like the Biorock structures at Gangga are a positive human intervention and more and more of these structures are being built all over the world to preserve marine life.

Want to learn more about Biorock and the amazing marine conservation projects happening around Gangga Island? Let us know in the comments below.