There is such a wide variety of species to look out for in North Sulawesi it’s almost impossible to make a ‘must see’ list. However, the areas around Gangga Island, Bangka, Lembeh, and Manado are known to be home to at least 8 types of ghost pipefish, not to mention the stick and banded varieties.

Did you know that ghost pipefish are often called false pipefish as they are not actually in the same taxonomy as ‘true’ pipefish. It’s also very difficult to spot and classify ghost pipefish because of their mastery of camouflage. 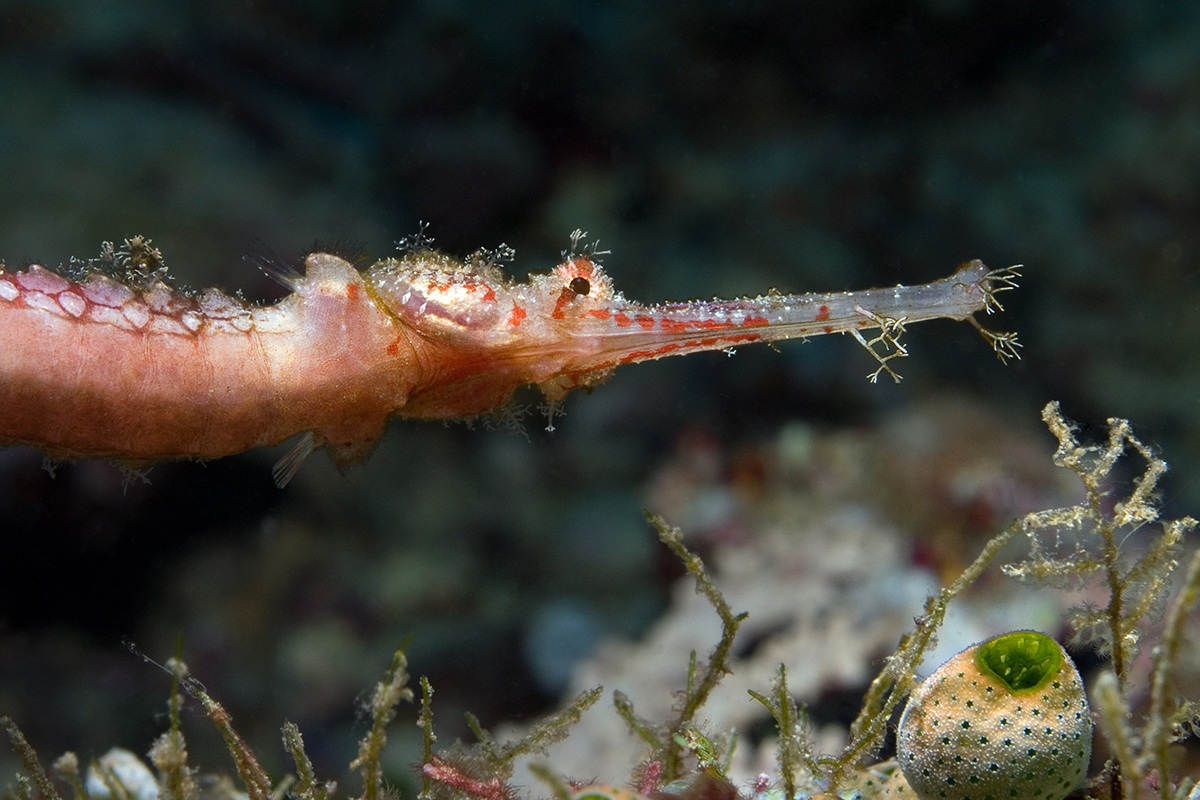 Let’s start with cousins of seahorses, the true pipefish…

You’ll know these guys when you come across them. They grow to about 19cm long and are beautifully striped white and dark brown with a flat red and white tail fin. They are sometimes referred to as flagtail pipefish because of their prominent tail. They can be found in lighter colour combinations and also bright yellows and reds.

Banded pipefish can be found swimming under rocky overhangs, corals, or close to the sea floor. And they are found at just about every dive site in this area.

Stick pipefish are masters of camouflage with their brown, sticklike bodies mottled with different shades and bumps. This makes them blend perfectly into the sand and muck where they spend the majority of their time. They aren’t especially strong swimmers, so like to stay close to the seabed.

This pipefish was only classified a handful of years ago and is still a very rare find. It’s a brightly coloured, red pipefish that camouflages itself in coral of similar colours.

Lynn’s pipefish has been seen around Bangka Island, so if you’re diving there ask you Gangga Divers’ guide about where might be the best site. 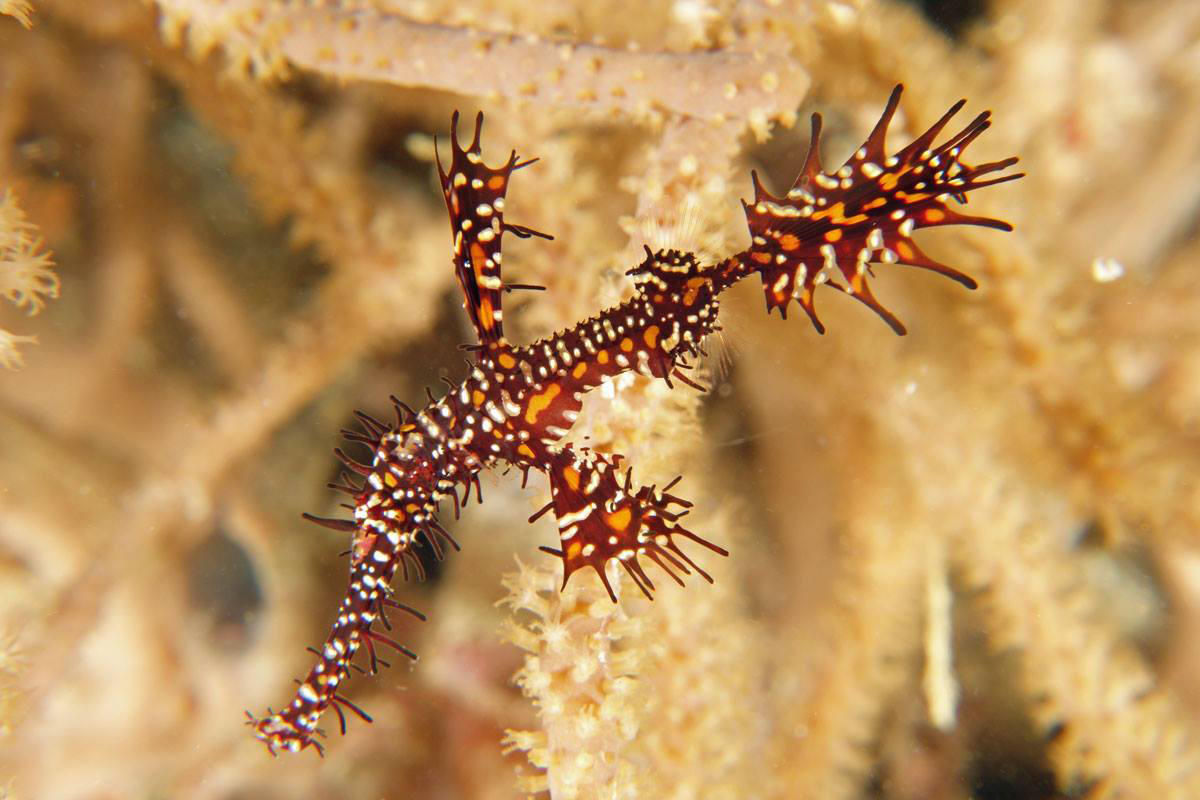 Ghost pipefish are what most divers get really excited about. These strange creatures come in a wide range of shapes, sizes and colours and can be very hard to spot thanks to their incredible ability to mesh into their surroundings. There are a few that are found at many dive sites in the region, and some that are much more elusive. 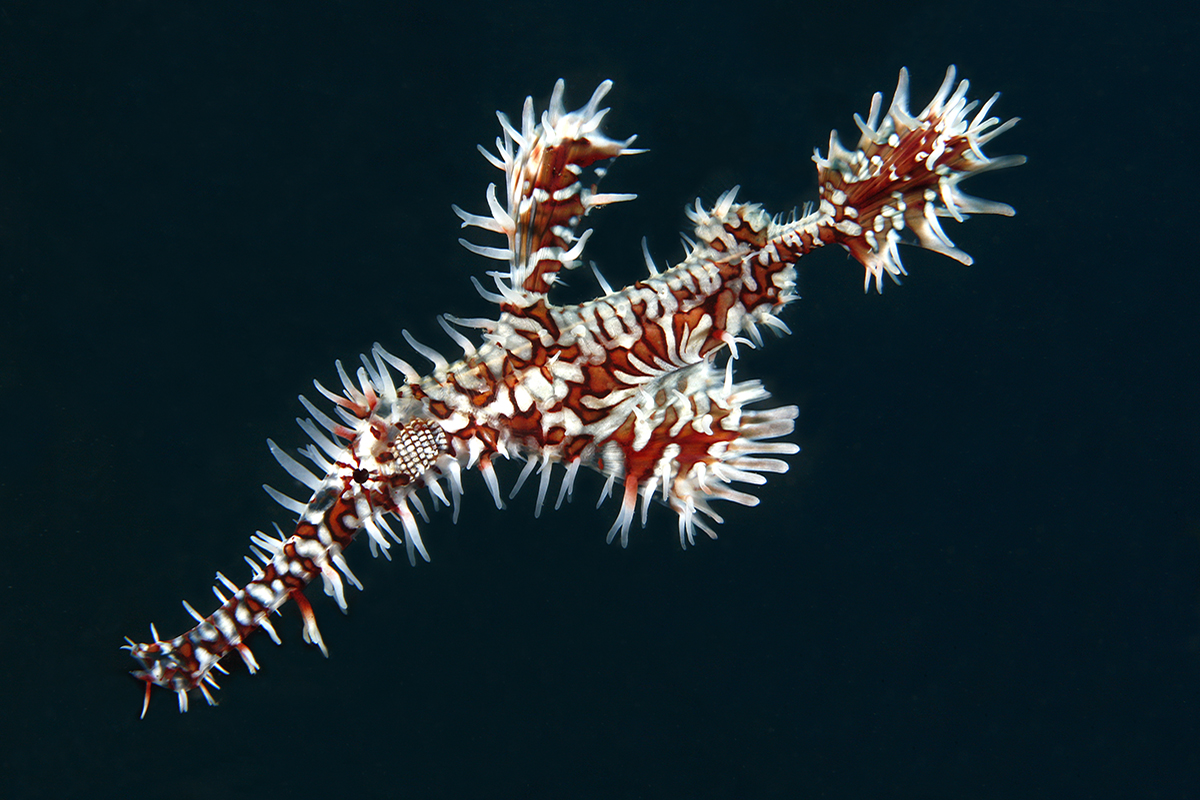 Called by both names, this species is also quite easy to find around Bangka, Lembeh, Gangga and Manado. They can grow up to 12cm, so not quite as big as the robust, but still quite large.

Ornate ghost pipefish can vary in colour from black to red and yellow. They like to hide in black corals, feather stars and are often found in pairs. They may be tough to spot, but once they are, they make for pretty amazing photographic subjects. 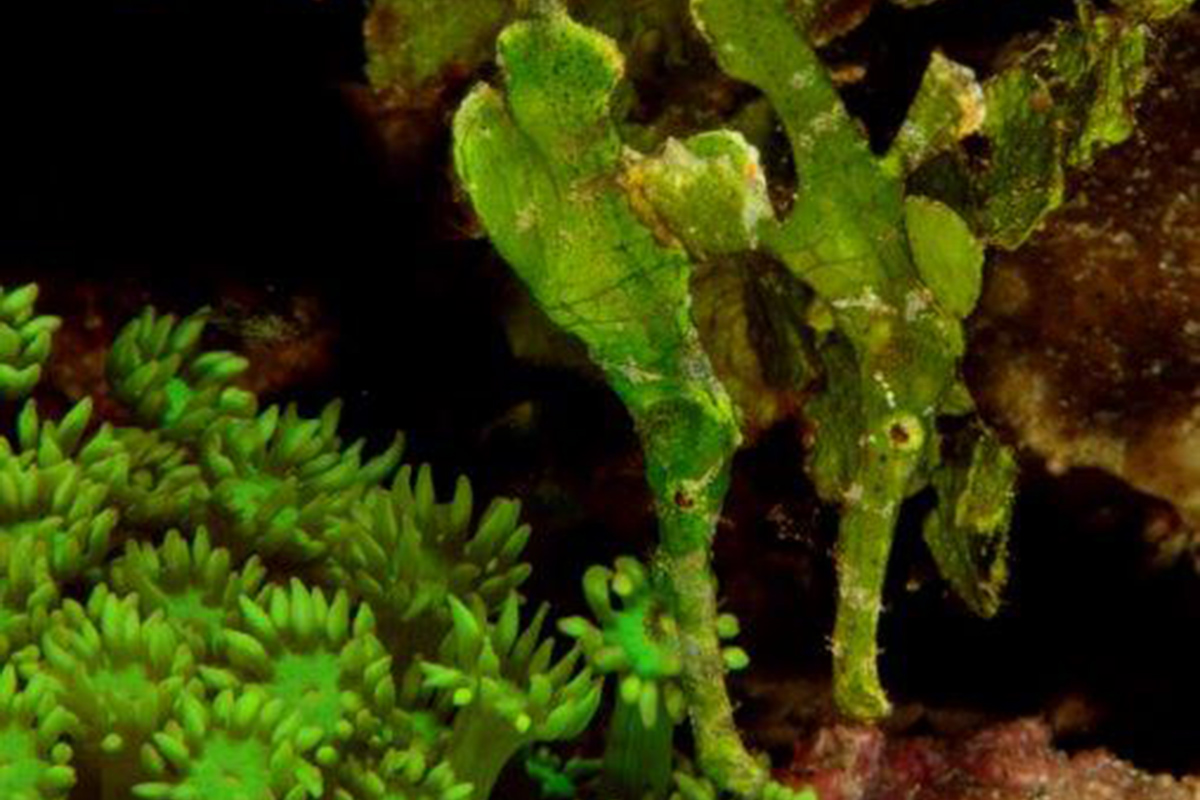 Halimeda is actually the name of a type of algae, which this type of ghost pipefish loves to hang around in. Of course it’s chosen this as its favorite spot because it perfectly blends in with its green colouring with pale patches. They also have tiny red hair-like filaments covering their bodies if you can get close enough to see.

The Halimeda ghost pipefish is the smallest of the species at only 6.5cm. This means keeping a very sharp eye out for them, but when you catch one on camera it’s a great triumph. Tiga Batu is a very good dive site for spotting this species. 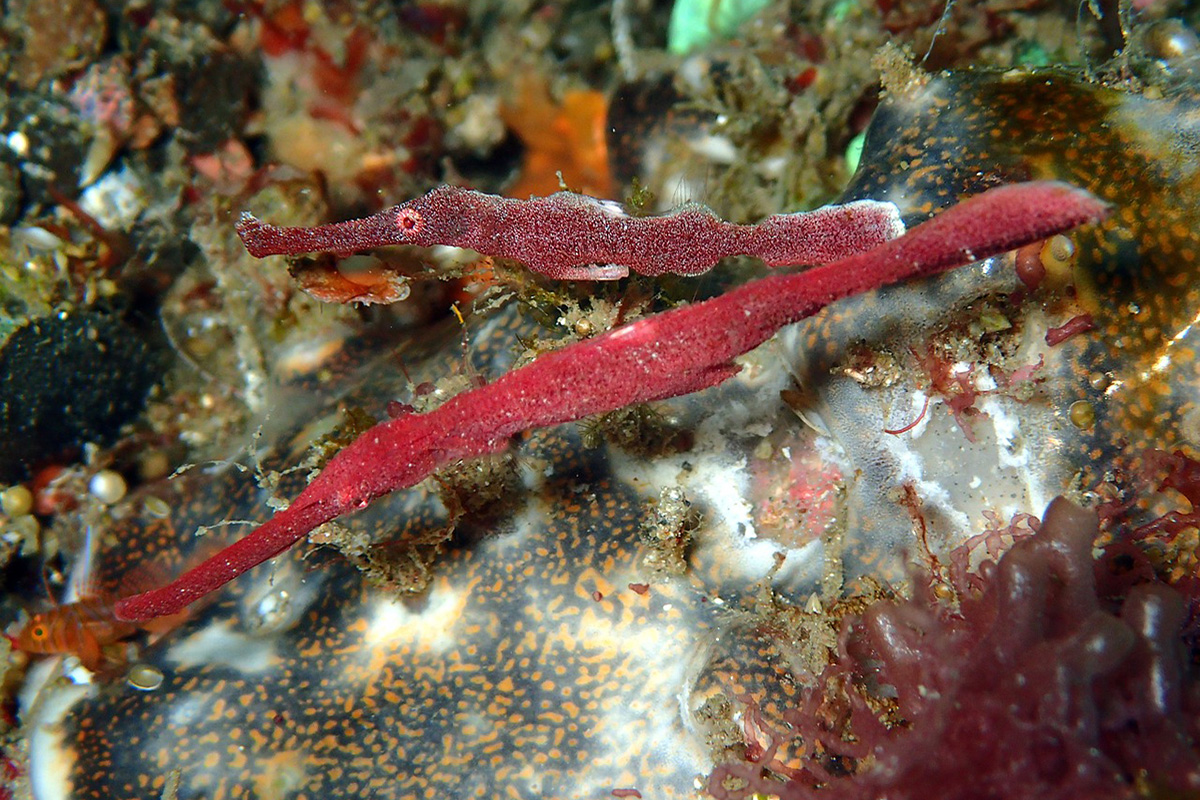 One of the most colourful, but also most elusive species, the velvet ghost pipefish is named after the velvety texture of its body. This allows them to mimic certain sponges that they live amongst.

The velvet species can be every colour from white to vibrant pinks and reds. This helps them to blend in with the brightly coloured corals and sponges where they hide.

Would you like the chance to search for these wonderful species of pipefish? We can answer any questions about getting to Gangga Island and setting up dives at the sites they are often seen. Just leave us a comment below.