Out on the dive boats from Gangga Island you are likely to experience some very memorable moments. Gliding along beside the boats you might see different species of whales and dolphins. Some you might not expect at all! Read on to learn more about the beautiful species of cetaceans you could spot while in North Sulawesi. 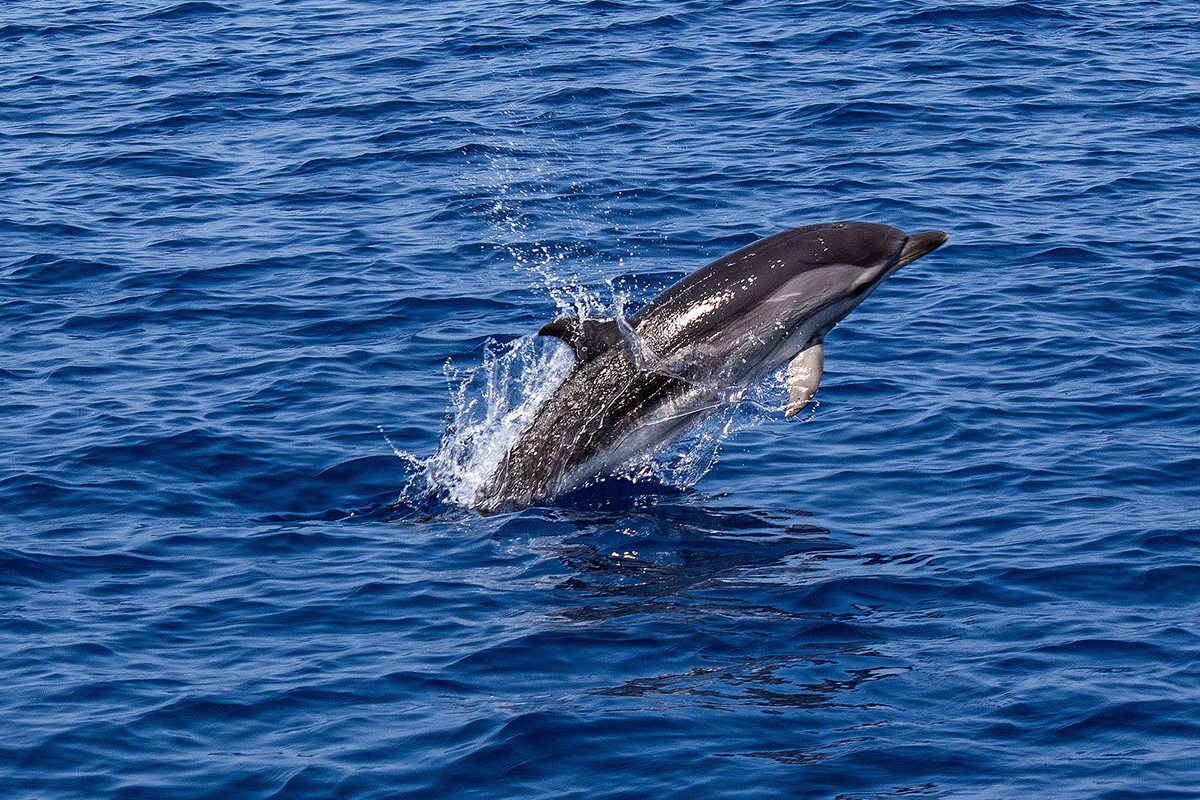 Spinner dolphins are one of the most common type of dolphins you’ll see around North Sulawesi dive sites. There are large resident populations of them in the area. Together with longsnout, spotted and striped, spinner dolphins can often be seen leaping through the waves in large groups. They travel in mixed groups, sometimes upwards of 200 traveling together! They are especially common in the early morning when the boats leave Gangga Island Resrot & Spa for a day’s diving. 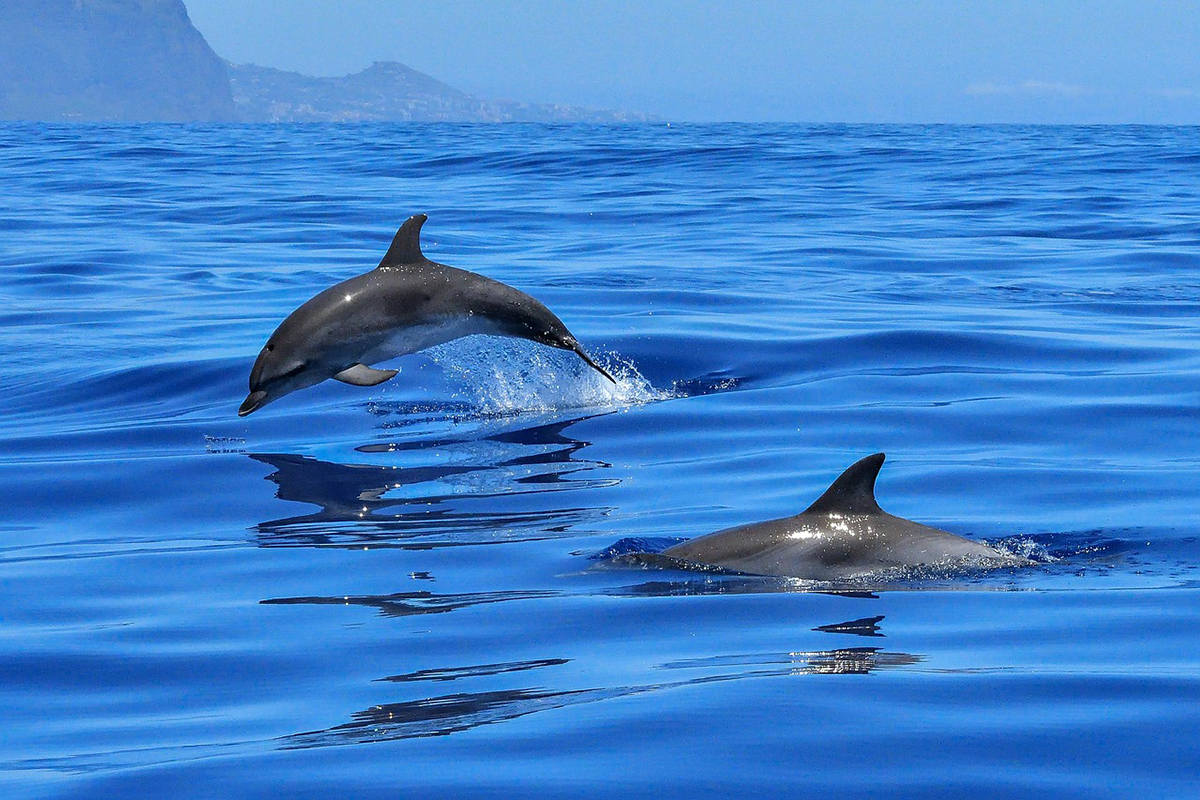 4 other species of dolphins are also seen in the area around Gangga Island, Bunaken Island and Lembeh. This includes common dolphins, Risso’s dolphins, bottlenose dolphins and rough-toothed dolphins.

When it comes to whales, shortfin pilot whales are common. You may also see pygmy and false killer whales, and melonhead whales. 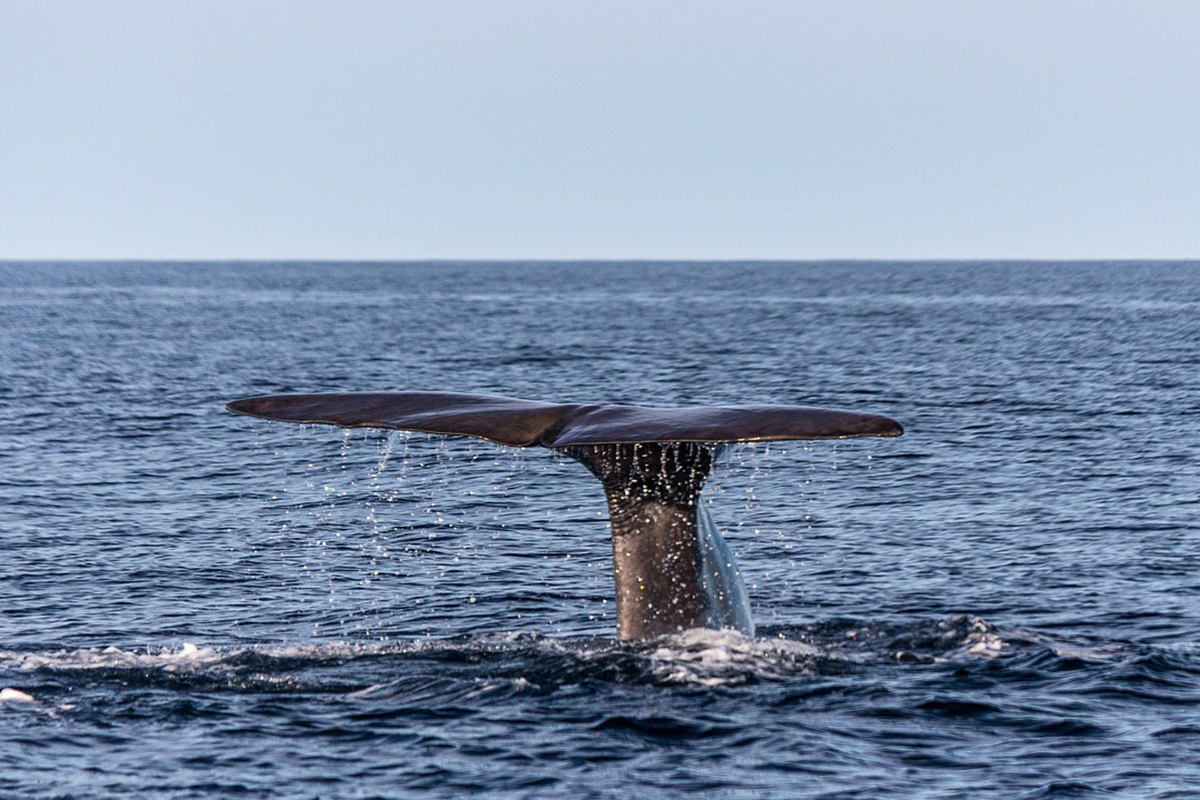 If you happen to be visiting North Sulawesi between November and April, you must keep your eyes peeled for sperm whales. These whales pass through the Bunaken National Marine Park on their migration to and from their feeding and mating grounds.

If you are really lucky you might see groups of sperm whales, usually including mothers and juveniles. It’s also possible to see groups of bachelors, but adult males tend to stay in colder waters and don’t travel in groups. 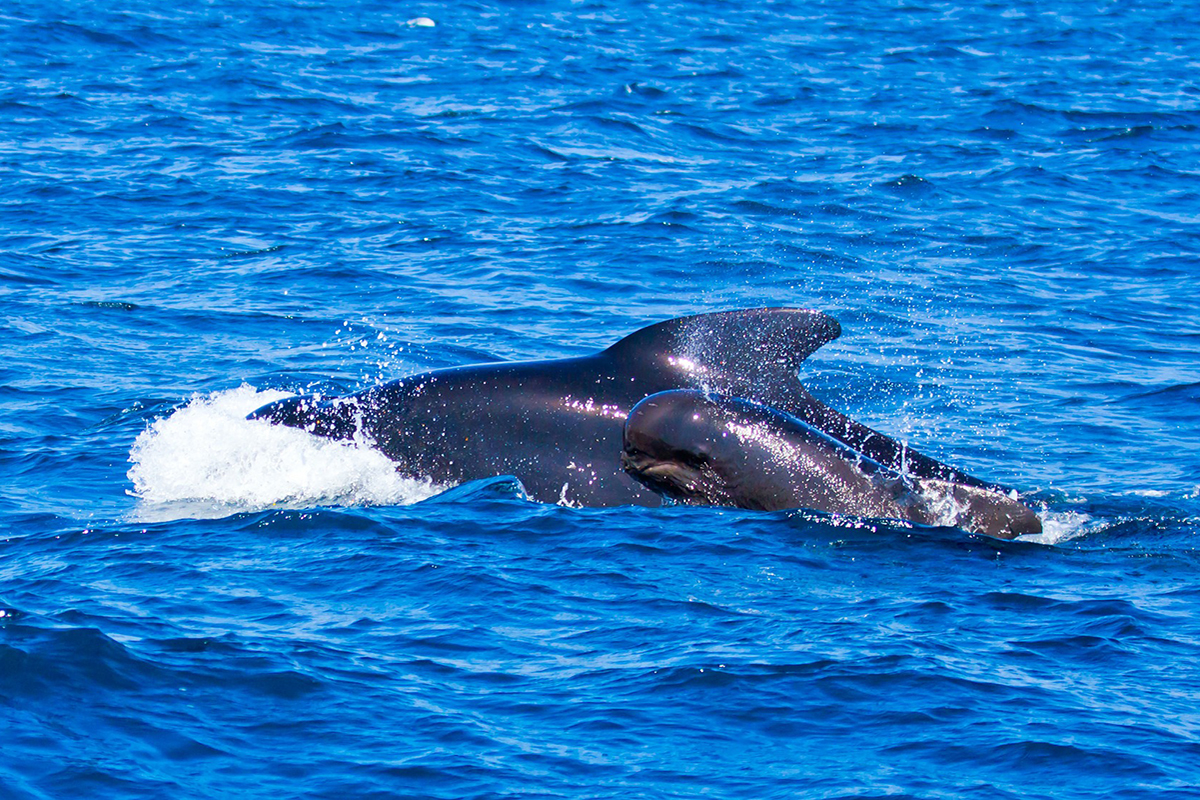 Pilot whales, often mistaken for dolphins, are also spotted around Bunaken area. There are resident pods around so look out for their distinctive hook-shaped dorsal fin.

You really might be surprised to read this, but there have been sightings of Orcas in North Sulawesi. They are very rare but from tracking the sightings it could be possible that there is a pod that visits the area. Wouldn’t it be amazing to spot a killer whale on a dive trip to Sulawesi! 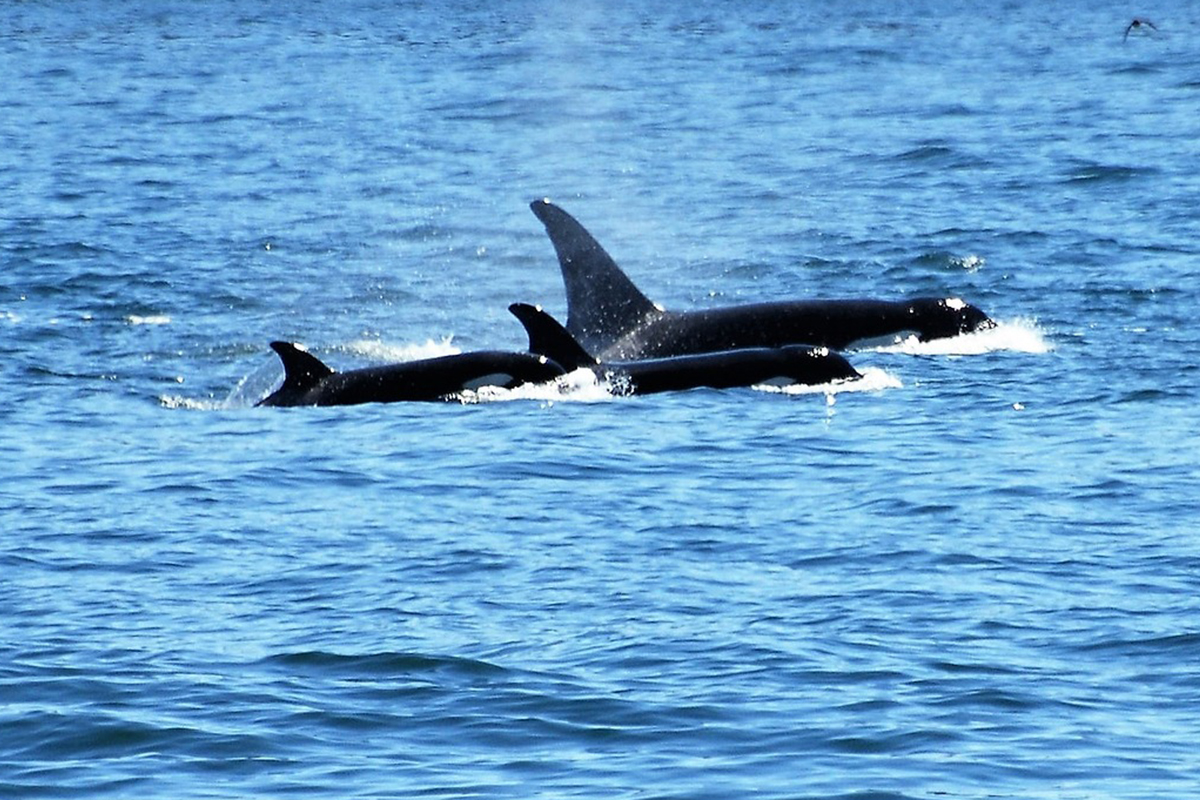 Another species to look out for is the majestic dugong. Dugongs are very shy and don’t like to be around divers. They are found in shallow waters with plentiful sea grass, their main source of food. It’s not uncommon to see where they have left bare stretches of sand on the sea floor, but the animals themselves are much harder to find.! 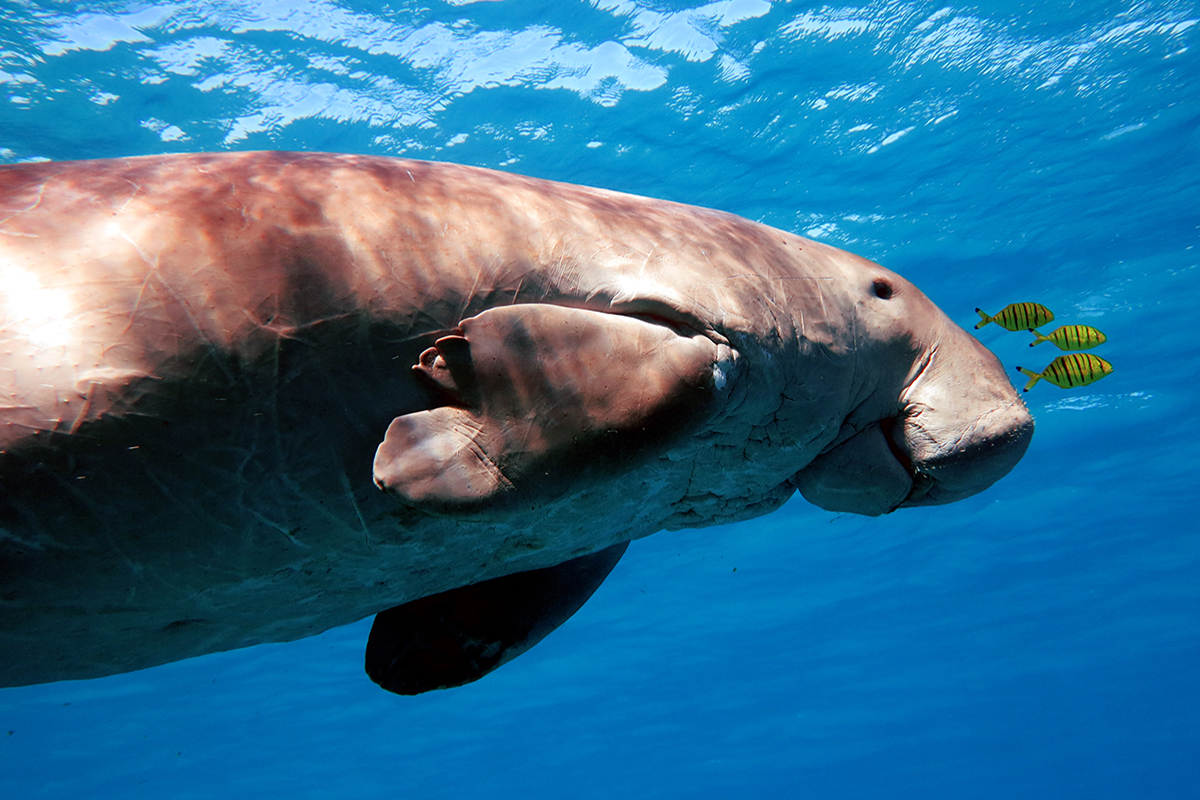 North Sulawesi has so many marine species to look out for you will never be disappointed. But spotting whales and dolphins can be a really magical experience. Their size and grace in the water makes for an astounding sight. If you’d like to learn more about diving in North Sulawesi or have questions about other species you might see in the area, leave us a comment in the box below.