Around 150 years ago explorer and naturalist Alfred Russell Wallace spend years exploring the Indonesian archipelago. Sometimes called Wallacea, named after Wallace himself, includes the oddly shaped island of Sulawesi, which was then called Celebes. Modern day Sulawesi may be more modern than it was in Wallace’s day, but the incredible flora and fauna still tell an amazing tale of the history of the region.

What is the Wallace Line? 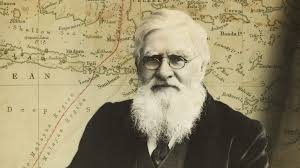 The Wallace Line is an imaginary line that runs between the islands of Bali and Lombok in the south, all the way up between Borneo and Sulawesi to the north. This line is the denotation of a complete change in flora and fauna to the east and west. Wallace discovered that plants and animals to the east of the line are just not seen to the west and vice versa.

At the time he theorized that the islands to the west of the line were one connected to the Asian landmass, and those to the east were part of a Pacific-Australian continent. Thanks to technological advancements since Wallace’s time, we now know that his hypothesis was absolutely correct.

Sulawesi is Something Special

One of the amazing things that Wallace discovered was that Sulawesi is actually even more interesting when it comes to its biodiversity. In his seminal 1869 book The Malay Archipelago he pondered the stark contrast between the flora and fauna of Borneo only around 600km away, concluding that Sulawesi was ‘a rather ancient land’. Now we know it is in fact the oldest island in Wallacea. 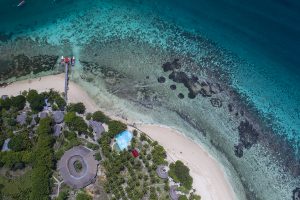 It seems that at one time different parts of Sulawesi were connected to both the Asian and Pacific-Australian continents. The island’s strange K shape, sometimes also said to look like a crocodile, is a composite of several fragments of land that, were driven into each other by shifting continental plates. Some of the fragments could date as far back as the Cretaceous period. 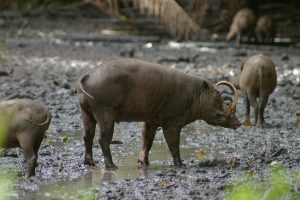 Over millions of years these fragments connected and species like the babirusa, the Sulawesi warty pig, and the anoa, a dwarf buffalo evolved from those that rafted in on the fragments. Sulawesi is also the only island in South-East Asia with marsupials. The bear cuscus and dwarf cuscus would fit right in on the continent of Australia. 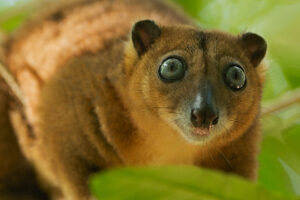 Isn’t it amazing to think that 150 years ago Wallace came up with a theory that not only contributed to Darwin’s theory of evolution, but also paved the way for biologists’ work in the Indonesian archipelago today. Huge advances have been made but the wonderful thing is that there are plenty of natures secrets to still be unlocked in Sulawesi. Both on land and below the water new species and connections between species and the geography of the area are always being discovered. If you are interested in natural history, Sulawesi is an ideal place for a holiday. You can explore, see unique plants and animals, and also enjoy the beauty of just being in nature.

Is the nature or natural history of an area something that you take into consideration when you are choosing where to go on holiday? We’d love to hear your point of view on this in our comments section below.