The Manado area of North Sulawesi is well known as a diver’s paradise, but did you know there are amazing animals to discover on land as well?

When you stay at Gangga Island Resort & Spa you’ll have the opportunity to take day trips to the mainland to see the sights, so don’t miss out on searching for these incredible creatures in North Sulawesi. Tangkoko Nature Reserve is the most popular spot to see these animals, so make sure to book a day trip from Gangga Island. 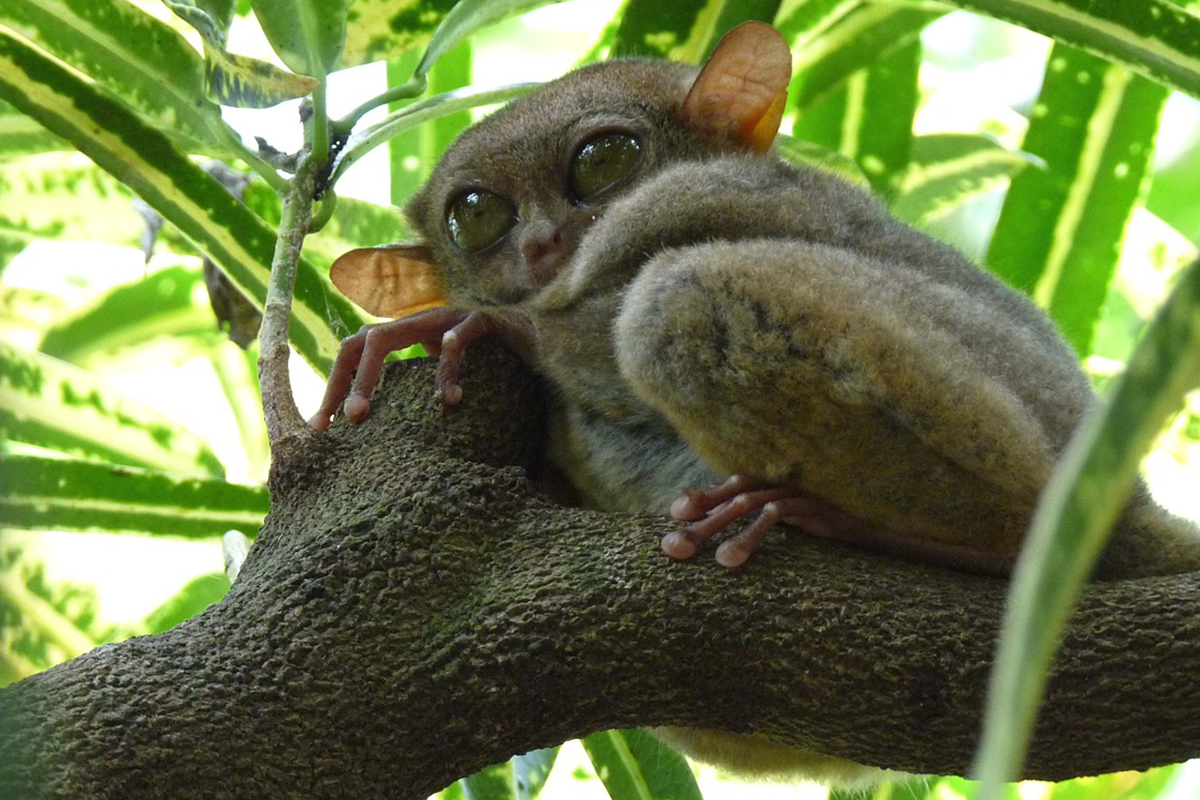 Who would have thought the smallest primate in the world could become the official mascot of North Sulawesi? This tiny creature is between just 8 -16 centimetres weighs between 60 – 180 grams. With it’s enormous eyes and soft fur it looks very cute and cuddly but is actually the only 100% carnivorous primate in the world.

Tarsiers are found in a number of places in South East Asia, but many people visit North Sulawesi just for a chance to see these amazing animals in their natural habitat. However, they are nocturnal and come out at sundown to feed on a diet of insects, so the best way to see them is a trip to Tangkoko Nature Reserve. You arrive in the afternoon and trek into the jungle with a guide just before sunset. This trip can be booked through Gangga Island Resort. 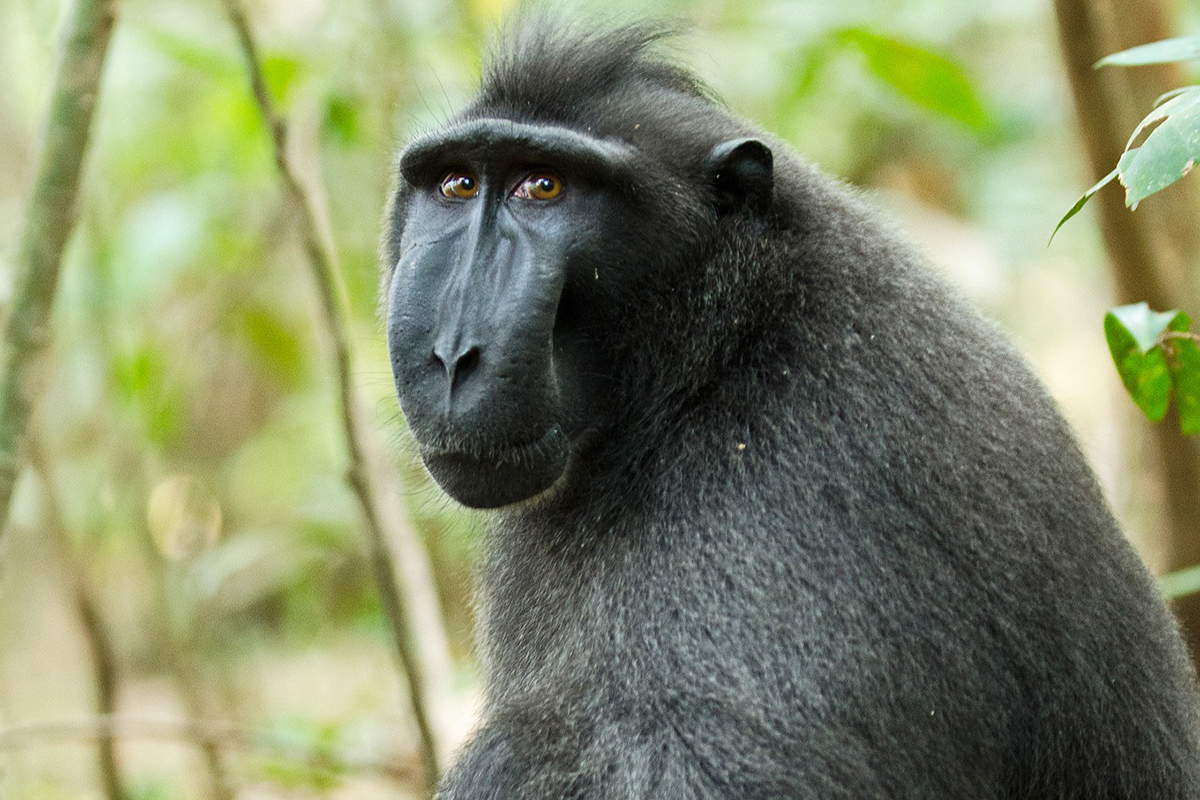 Also called the Celebes crested macaque after the old name for the island of Sulawesi, this small black monkey with a long tuft of hair on the crest of its head can also be found in the Tangkoko Nature Reserve. These macaques are quite abundant in Tangkoko, so you’re likely to see groups of them in the forest there.

However, the crested macaque population is getting smaller and smaller all the time. Macaques are seen as pests outside the reserve and are often killed for bush meat. On the nearby island of Bacan there is a population of around 100,000 while in North Sulawesi the numbers are now around 4,000 – 6,000. 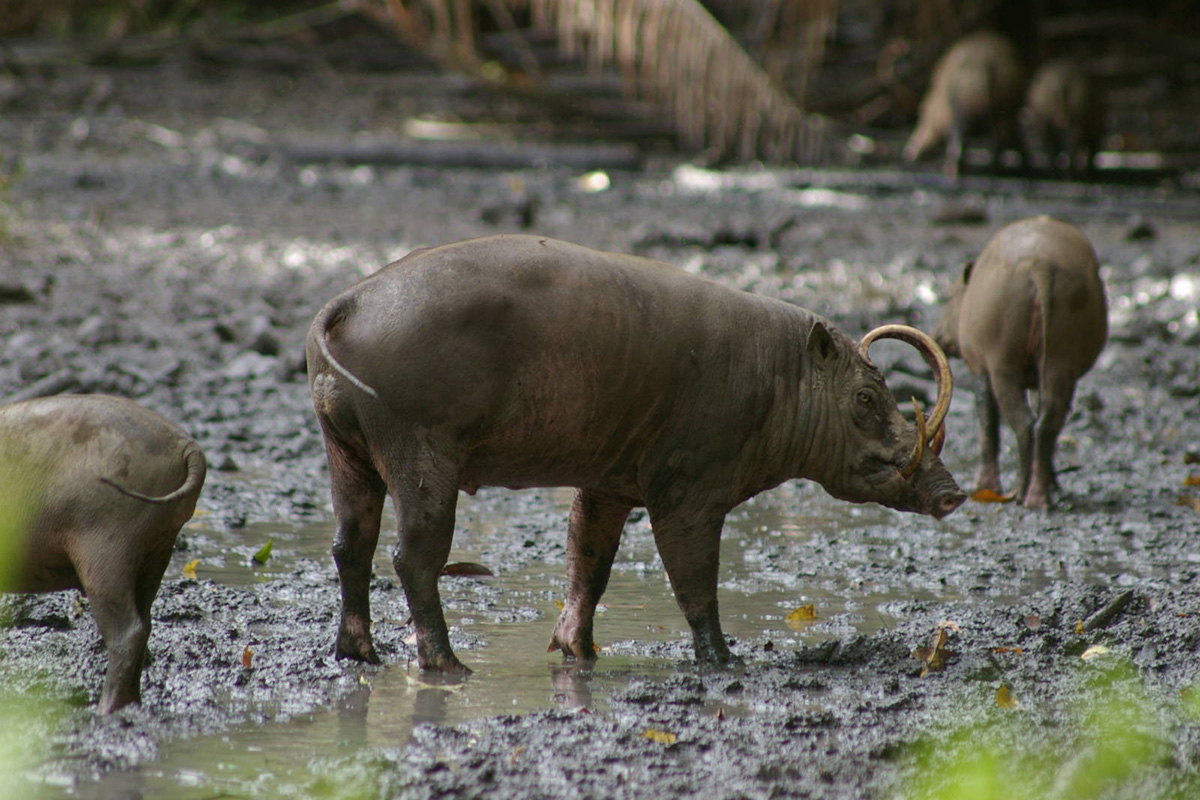 Also called deer-pigs, the babirusa is found only on the islands of Sulawesi, Togian, Sula and Buru. The males of these prehistoric looking swine have prominent upward-curving canine tusks and also large lower canines. They also have very short hair making them appear almost bald. They may not be the most attractive of creatures, but seeing one is definitely a sight to remember.

Prehistoric paintings of babirusa found in caves show us that these mammals have called Sulawesi their home since at least 35,400 years ago. However, babirusas are now protected in Indonesia and have been listed as threatened by the International Union for Conservation of Nature since at least 2010. Illegal hunting and the loss of habitat and cover due to commercial logging operations continue to threaten babirusa populations. 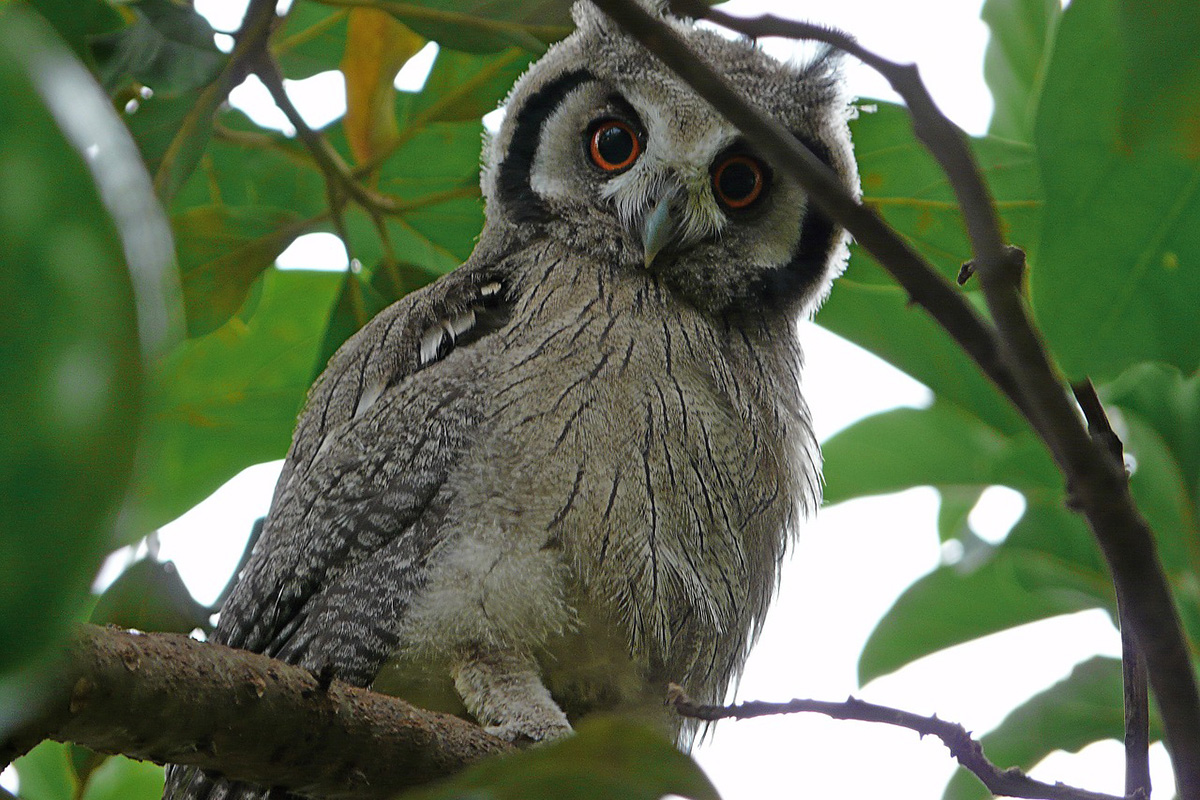 Birders will be overwhelmed with the sheer amount bird life in Sulawesi. Amazingly nearly 100 of the 330 bird species in Sulawesi are endemic or near endemic, making for some real once-in-a-lifetime bird watching. Most of these bird species are found in the Manado area in Tangkoko Nature Reserve and Dumoga Bone National Park.

You will definitely see a whole selection of brightly coloured kingfisher species, myna birds, and plenty of strange and wonderful hornbills. At night there are a number of fantastic owl species to search for including Sulawesi scops owls, ochre-bellied and speckled hawk owls, and even the rare and very elusive Minahasa Owl.

Are you a wildlife lover? Which animal would you most like to see in Manado, North Sulawesi? Let us know in the comments.