Thanks to the movie Finding Nemo even non-divers are aware of the importance of anemones as a marine habitat. Nemo, who is a species of clownfish or anemonefish, lives within the stinging tentacles of an anemone without being hurt. Thanks to a mucus membrane covering their whole body, clownfish are completely immune to the stings of the anemone. 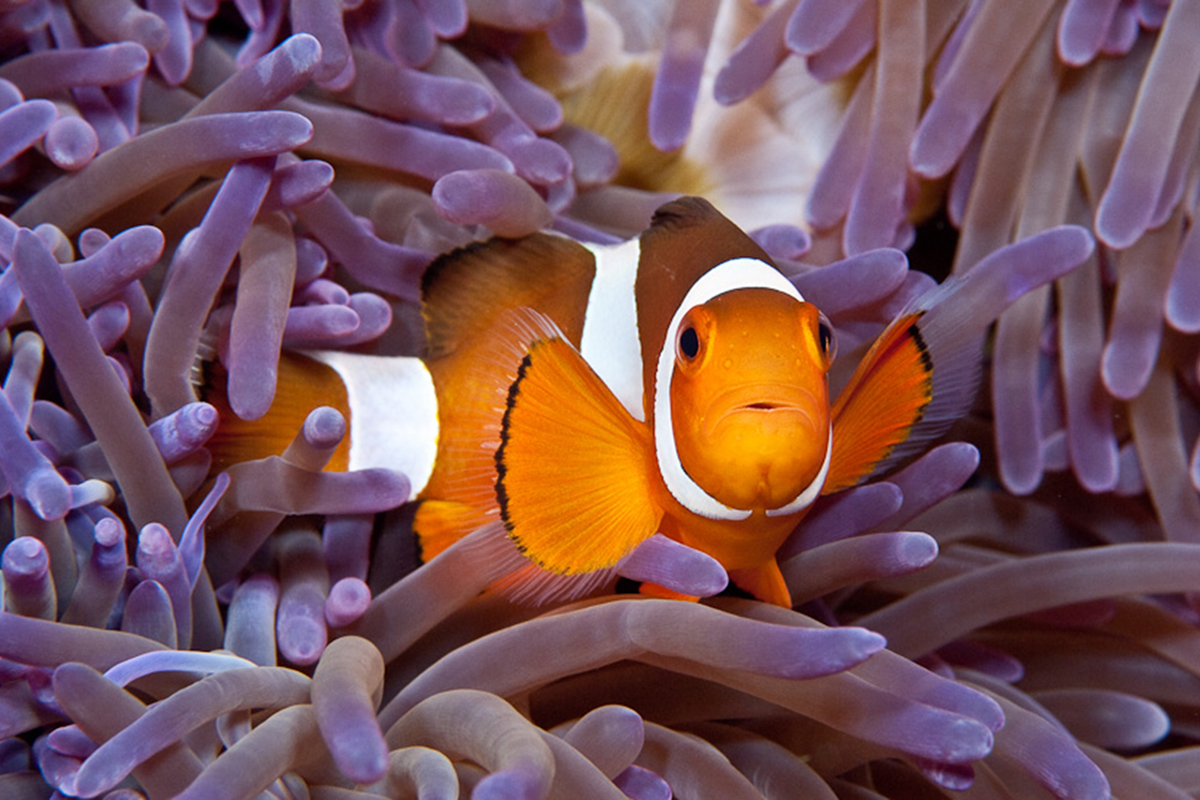 However, anemone habits are much, much more than a place for Nemo to live. There are a number of other marine species that depend on anemones for protection, food, and shelter as well. Let’s delve a little deeper into the world of anemones.

Porcelain crabs, also known as anemone crabs, are also immune to the stings of anemones. Porcelain crabs are quite fragile creatures, hence their name, often shedding limbs when under attack. Thankfully, anemones offer a safe place to hide from predators. In return, they clean the anemone just like the clownfish. 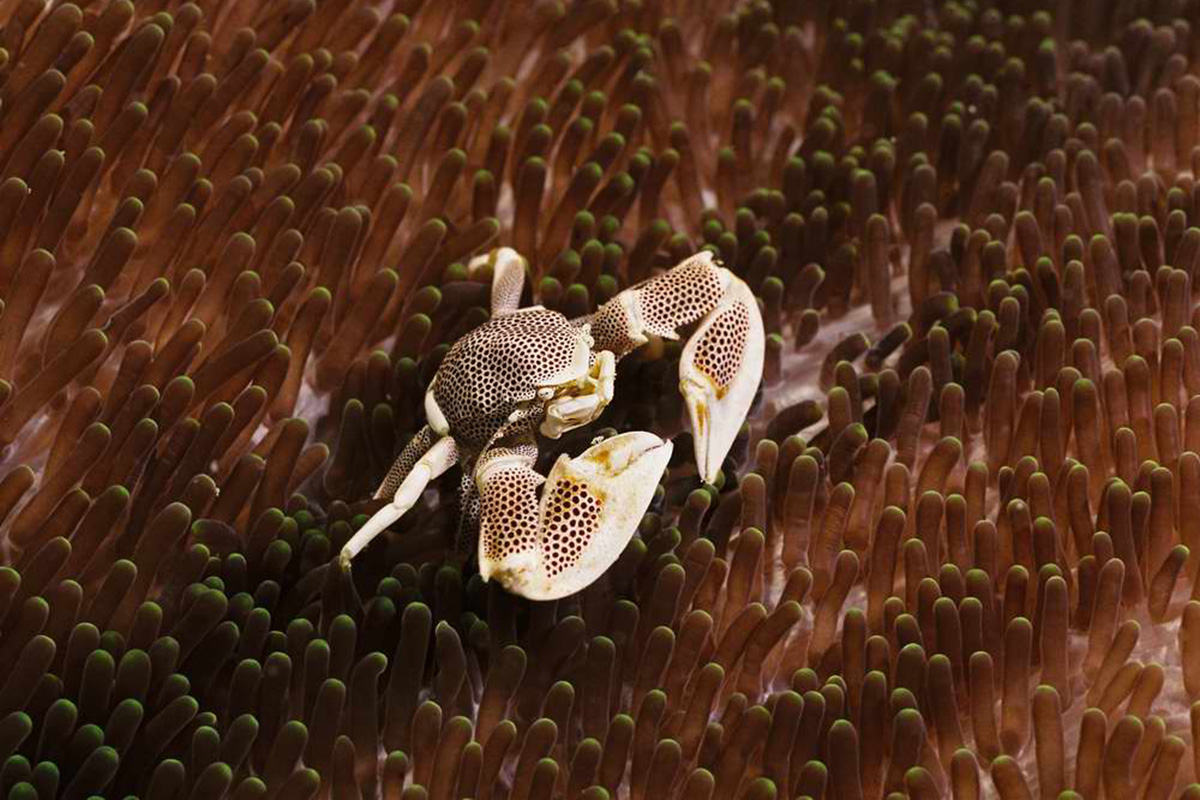 Porcelain crabs are very common around Bangka Island, where you are likely to dive with Gangga Divers when you stay at Gangga Island Resort & Spa. Look out for these crabs peeking out from pretty much any species of anemone in the area.

Another type of crab you’ll find amongst anemones is the boxer crab. This creature uses the anemone differently. It will actually grab anemone tentacles in its claws and use them like boxing gloves. With the strength of its claws and the sting of the anemone, most predators will stay well away after one punch. The anemone is able to feed off of food scraps left behind from the boxer crab’s meals.

There are two types of shrimp in the Gangga Island area that have a symbiotic relationship with anemones. Species of true anemone shrimp (Periclimenes) and the brilliantly named sexy shrimp are able to fully live within anemones without coming to any harm. 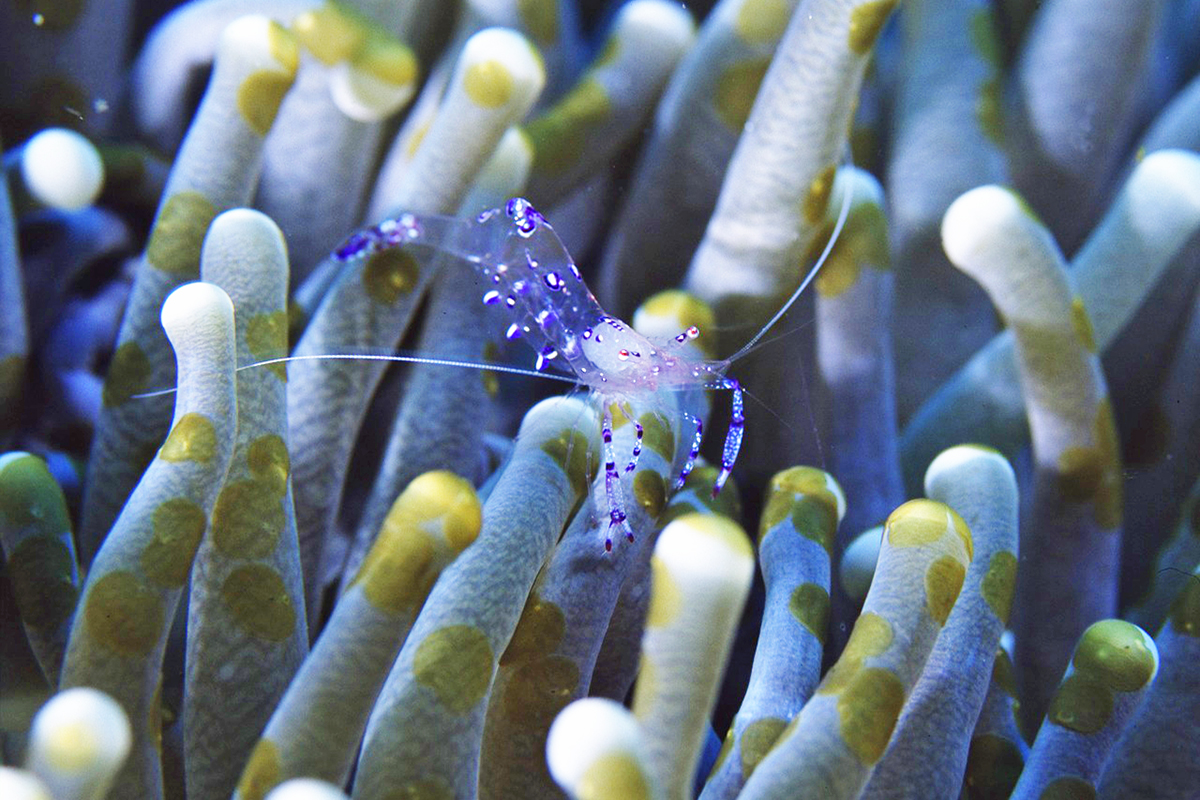 Several other species of anemone shrimp can only make contact with certain types of anemones. There are even species that can’t actually make contact at all but clean around the anemone. These don’t benefit as much from the protection of the anemone but if they stay close enough, predators are wary of approaching.

The sexy shrimp, named for its constant bobbing motion in the water, is often seen while diving in North Sulawesi. Its relationship with anemones is exactly the same as the anemone shrimp. It’s a safety for cleaning exchange that seems to work out perfectly as sexy shrimp populations thrive in the area. 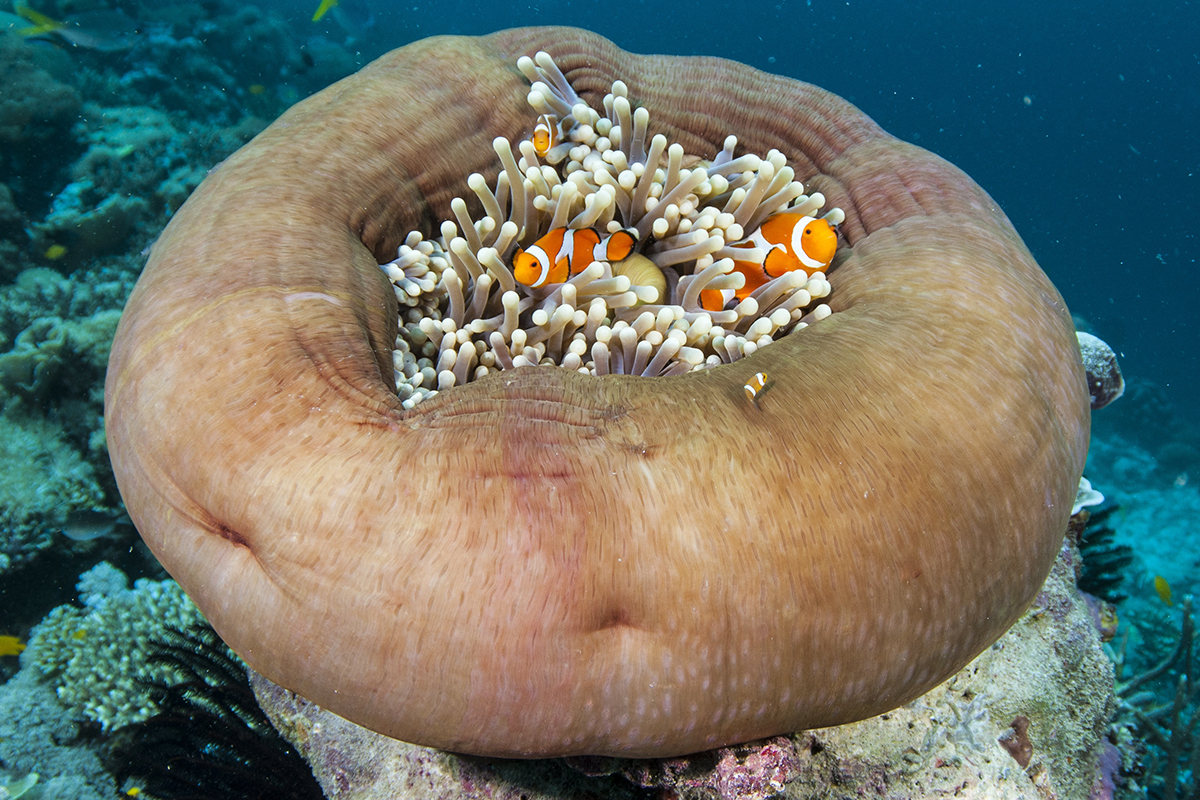 Anemone habitats really are quite special and showcase the amazing symbiosis found in marine environments. Have you seen this kind of symbiotic relationship in action? We’d love to hear about your experiences in the comments below.